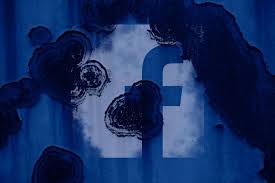 In recent weeks, I have had more than one conversation about how this COVID-19 pandemic is negatively impacting the church.  Every new restriction brings two new conspiracies and three new opinions.  Sides are being chosen, teams are being made, posts are being "liked" and people are being "unfriended."

Paradoxically, our quarantined existence prevents us from meaningful face-to-face conversation (where 90% of communication is non-verbal) while our virtual world allows us unrestrained and unfiltered communication.  Truth be told, there is very little actual "communication" taking place but an ever increasing amount of passionate declaration. The pandemic has exposed us all, working to emphasize what has existed for some time. Namely, unable to embrace or even tolerate differences, we have become unlovingly entrenched in division.

The longer we stay at home and "stay safe", the more unsafe it becomes for us when we are not home.  Alone with our computer screens, and hungry for connection, we will spend inordinate amounts of time consuming opinions, sharing opinions, and creating opinions about those who share. Having spent our days like virtual voyeurs, defending our tribe or attacking another's, we may end up feeling like strangers; once close family members who focus more on the opinions we hold rather than the beliefs we share.  Truly, we would all be better served to stay off facebook all day, read the news once a day, and check our email twice a day.

I encourage you to consider three different things the Bible teaches us concerning differences and divisions:

4 Therefore I, the prisoner in the Lord, urge you to live worthy of the calling you have received, 2 with all humility and gentleness, with patience, bearing with one another in love, 3 making every effort to keep the unity of the Spirit through the bond of peace. Ephesians 4:1–3(CSB)

Disunity requires no effort--we easily fall into an US versus THEM mentality, and forget that God made US and THEM into a beautifuly diverse WE brought together by HIM.

In all honesty, this is a strange verse and a challenging one. As evidenced by the first chapter in this letter, the Corinthian church has had a real problem with unity.  In the beginning, he challenges them to have "no divisions among you..." and "be united with the same understanding and the same conviction."  We know, therefore, that the Corinthian church is supposed to share some beliefs and some convictions (perhaps one of those is how to deal with differences).  Essentially, Paul seems to say that divisions are, for the most part, bad.

Yet, later he also seems to indicate that divisions are expected and actually "necessary" for some good purpose. That purpose, Paul argues, is that these factions help in identifying "those who are approved" (CSB) or are "genuine" (ESV) among the church. Some would argue this relates to identifying heretics among the church.  Possibly. There are countless examples where divisions were rooted in essential beliefs.  But what about the factions that are preferential in nature, be it social, political, economic, spiritual, etc?

Rather than revealing whether or not we are "approved" doctrinally, our responses to these kinds of factions often reveal whether we are "genuine" relationally.  In other words, HOW we hold what we believe reveals more about our hearts than WHAT beliefs we actually hold. Essential beliefs are those hills upon which we are willing to die and should continually fight for and even, at times, divide over. But peripheral beliefs or personal preferences are those that we need to address in love, remembering always that the world will know we belong to Jesus by the love we show for one another (John 13:35); especially amidst conflict and controversy.

Accept anyone who is weak in faith, but don’t argue about disputed matters. 2 One person believes he may eat anything, while one who is weak eats only vegetables. 3 One who eats must not look down on one who does not eat, and one who does not eat must not judge one who does, because God has accepted him. 4 Who are you to judge another’s household servant? Before his own Lord he stands or falls. And he will stand, because the Lord is able to make him stand.

5 One person judges one day to be more important than another day. Someone else judges every day to be the same. Let each one be fully convinced in his own mind. 6 Whoever observes the day, observes it for the honor of the Lord. Whoever eats, eats for the Lord, since he gives thanks to God; and whoever does not eat, it is for the Lord that he does not eat it, and he gives thanks to God. 7 For none of us lives for himself, and no one dies for himself. 8 If we live, we live for the Lord; and if we die, we die for the Lord. Therefore, whether we live or die, we belong to the Lord. 9 Christ died and returned to life for this: that he might be Lord over both the dead and the living. 10 But you, why do you judge your brother or sister? Or you, why do you despise your brother or sister? For we will all stand before the judgment seat of God. Romans 14.1- 10 (CSB)

Here, Paul gives us some cautionary wisdom regarding differences and divisions.  He begins by telling us not to argue over disputed matters.  It does not tell us work for unity by persuading one another to believe all the same things, rather, he tells us not to waste time debating over personal beliefs.  There are many who enjoy discussing such things.  I am one.  But when the discussion turns into debate, or conversation turns into condemnation, we've likely failed to heed Paul's admonition here.

Paul goes further to teach us to go beyond indifferenced towards forbearance.  Indifference requires zero relationship--you just ignore or "unfriend" anyone who holds a different view than you.  Forebearance, on the other hand, requires curiosity, it requires patience, it requires self-restraint (lit. "holding back) because it desires and pursues relationship.  We must never forget that Paul was writing this to a church.  Unlike today, there were not a hundred other churches members could flee to full of opinions they didn't "despise". That meant these people had to learn how to be a family, brothers and sisters, who held different social, polticial, even spiritual beliefs. This is not easy but it is godly.

The rest of Romans 14 gives us a number of other helpful principles to "promote the peace." But that is a blog for another day.