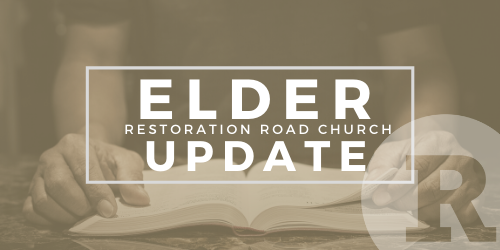 In the summer of 1854, a cholera epidemic hit London, where a 19-year-old Charles Spurgeon had recently begun his pastoral ministry. He would go on to have a prolific preaching ministry becoming known as the ‘prince of preachers.’ In a sermon given on February 18th, 1855, Spurgeon said,

“Who is the man that does not fear to die? I will tell you. The man that is a believer. Fear to die! Thank God, I do not. The cholera may come again next summer—I pray God it may not; but if it does, it matters not to me: I will toil and visit the sick by night and by day, until I drop; and if it takes me, sudden death is sudden glory.”

Spurgeon was not afraid of the possibility of an untimely death caused by cholera. He was not afraid because of his faith in Jesus Christ. In short, Spurgeon believed God’s Word. Throughout Scripture the Lord commands his people to not be afraid. The repeated commands of ‘fear not’ and ‘do not be afraid’ remind us of how easily we can succumb to fear. The Lord gives us these commands many times over because we need to hear them many times over. Fear, worry and anxiety seem to be perpetually creeping at the doors of our hearts seeking to master us. We can find countless reasons to give our hearts over to fear. But those who trust in the Lord do not give in to fear because of who we serve and because of what he has done for us.

We serve the one, true and living God, who is the creator of everyone and everything. He is all-powerful and he holds all things in hands. He is the one who is sovereign, wise and good. He is the one who “works all things according to the council of his will” (Eph 1:11). No one can thwart his will and he will accomplish all of his good purposes.

Having a knowledge and understanding of the Lord is a powerful tool in overcoming fear. We see this in the life of David. David’s knowledge of the Lord proved invaluable in helping him overcome fear. When David challenged Goliath, Goliath despised David and vowed to kill him. In response David said, “You come against me with sword and spear and javelin, but I come against you in the name of the Lord Almighty, the God of the armies of Israel, whom you have defied. This day the Lord will deliver you into my hands, and I’ll strike you down and cut off your head.” David’s inferior size and weaponry did nothing to shake his confidence that the Lord would give him victory over his powerful enemy. In Psalm 27, the Lord’s power and might prompted David to proclaim, “Some trust in chariots and some in horses, but we trust in the name of the Lord our God.” No human show of force was greater than the power of the Lord. In Psalm 23 David said, “Even though I walk through the valley of the shadow of death, I will fear no evil, for you are with me; your rod and your staff, they comfort me.” David did not fear death or evil because he knew the Lord and he knew the Lord was with him. He knew that one day he would die, but he trusted that his death would only happen according to the Lord’s timing (Psalm 139:16).

David provides a good model for us in overcoming fear. Moreover, God graciously provides us with even greater resources in the New Testament. In John 14:7 Jesus said, “Peace I leave with you; my peace I give to you. Not as the world gives do I give to you. Let not your hearts be troubled, neither let them be afraid.” We know that we do not need to be afraid because Jesus tells us we do not need to be afraid. We do not need to be afraid even in the face of death because he has promised us that when we die, we will be with him (John 14:1-3). The promises made by Jesus compelled the Apostle Paul to boldly proclaim the gospel in the face of hostile and violent persecution. He did not fear death because he knew that he would be with Jesus when he died and therefore death was a means of great gain!

When we are tempted to fear we are able to remind ourselves that the greatest gift we have received is the love of God in Jesus Christ and his love is a gift that we cannot lose and cannot be taken from us. In Romans 8:38-39 Paul proclaimed, “For I am sure that neither death nor life, nor angels nor rulers, nor things present nor things to come, nor powers, nor height nor depth, nor anything else in all creation, will be able to separate us from the love of God in Christ Jesus our Lord.” Whatever it is that we fear, including death, cannot separate us from the best thing we have! So, you see, we do not need to fear death not because we won’t die but because we will die only according the Lord’s timing and when we die, we will be with Jesus. When we apply these wonderful and glorious truths to our hearts, we are able to be free of fear and full of hope!

Navigate | A Sermon Series Through Proverbs

Growing Together In The Fruit Of The Spirit

Navigate | A Sermon Series Through Proverbs

Growing Together In The Fruit Of The Spirit

The Authority of God's Word

Advancing the Gospel in 2021