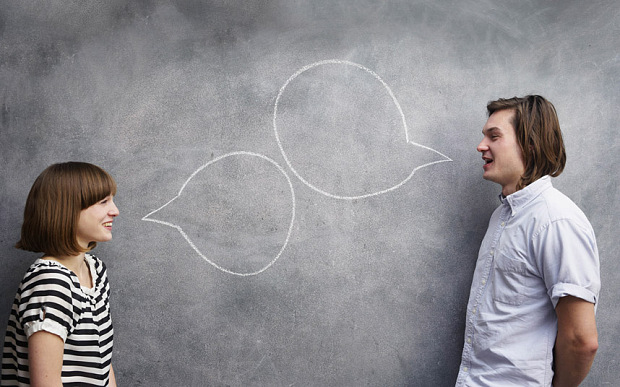 "But since we were torn away from you, brothers, for a short time, in person not in heart, we endeavored the more eagerly and with great desire to see you face to face, because we wanted to come to you--I, Paul, again and again--but Satan hindered us.  For what is our hope or joy or crown of boasting before our Lord Jesus at his coming?  Is it not you? For you are our glory and joy.

Therefore, when we could bear it no longer, we were willing to be left behind at Athens alone, and we sent Timothy, our brother and God's coworker in the gospel of Christ, to establish and exhort you in your faith, that no one be moved by these afflictions...

...But now that Timothy has come to us from you, and has brought us the goos news of your faith and love nad reported that you always remember us kindlyl and long to see us, as we long to see you--" 1Thessalonians 2.17-3.7

Paul loved the churches he planted and served.  Because Paul was often imprisoned or otherwise hindered from being with his people, he often writes about his desire--how he longs to be with them face to face.

I remember when the emergency orders first came down in March.  The gathering of the church was halted and, for the first time in 15 years, I didn't gather with our church on Sunday.  Every morning for the last 15 years, with few exceptions, I have pulled a trailer, set up church,  checked a PO BOX, bought donuts, opened a building, unplugged a toilet, vacuumed a room, finalized a sermon, prayed or otherwise prepared for a Sunday service.  This Sunday felt weird...even wrong. I longed to be with our church, face to face.

But the hope and expectation is that it would only last a few weeks.  All things considered, this seemed like a reasonable decision to ensure the safety of our community in the midst of a virus we didn't yet (and still don't) understand.  Weeks turned into months and, for the first time in my generation, Easter gatherings were cancelled.  Regardless, the tomb was still empty and we pressed onto into a virtual experience that left much to be desired.  I longed to be with our church, face to face.

Different counties across the state slowly opened.  The masses debated the validity of the science and the constitutionality of the decisions.  Friends argued what was most loving, most honoring, and most safe.   All the while, the church became as divided as the communiy and I received more than one communication from both sides of a particular issue telling us how wrong we were. The separation only fed the suspicion and, as is always the case, everyone assumed the worst of one's faceless words on social media.  I couldn't help but wonder how the power of real-life interaction might combat the power of such a virtual "virus" like this.  All the while, I longed for our church to see one another, face to face.

Eventually, there was a glimmer of hope--it was deemed safe to meet again.  The restrictions were burdensome, inequitable, and even irrational, but nothing would hinder us from gathering. Our first gathering was Sunday, June 7th. After preaching to an empty room and a video camera for nearly three months, I was eager to see people's faces. Alas, some of the joy of gathering again was tempered with the weirdness that came with restrictions--social distancing, no coffee, santiation stations, fellowship outside, etc.  Determing what was right, wise, and safe proved difficult, but we muscled our way through the disagreements and discomforts.  We endured because for a time, we all longed to be with our church, face to face.

The elders received more than one email during that time in addition to all of the whisper and rumors flying around. Some were encouraging, others accusatory; some people communicated their decision to leave the church because we weren't safe enough and not loving our neighbors well, others because we were "too safe" and not resisting the government like we should. Again, we navigated these differences the best that we could, answering questions and having intentional conversations with many members.  All the while, the limited gatherings continued and different members made different decisions based on their individual convictions. Even though many endured and gathered, many didn't. Sometimes, an individual's reasons for refusing to gather felt clear and wise, other's reasons felt confusing and foolish.  The longing to be together, it seemed, depended on the presence of certain people and the absence of certain conditions.

Within weeks of resuming gathering, the entire state was required to wear masks nearly everywhere.  As an elder board, we made the decision to state we require (versus recommend) masks in our gathering.  Even though we left it up to individuals to make their personal choices, this decision seemed to give those who were reluctant to gather for rather tenuous reasons, something solid to stand on. Despite the fact that the government was not commanding something God forbids, or forbidding something God commands, they believed the government had gone too far and abused their authority.  When all is said and done, a small piece of cloth proved powerful enough to all but eliminate what used to be an insatiable longing. Apparently, being uncomfortable together for Christ didn't actually mean being uncomfortable.

It is August, and here we are.  Even though other parts of the country have become increasingly restrictive, ironically, the liberal State of Washington affords churches a little more flexibility and freedom than elsewhere.  Yes, we still require masks--which is our duty in honoring our government--though it is not our responsiblity to enforce.  Many wear them, others don't for reasons of protest, conscience, or medical considerations don't.

It is beyond disappoinitng to know that the main reason why a majority of people don't attend is masks. I will state this plainly: THIS IS NOT A GOOD OR BIBLICAL REASON to NEGLECT MEETING TOGETHER..as is the habit of some (Heb 10.24-25).  As we consider how to obey the charge to "stir up one antoher to love and good works" let us not forget that being PRESENT, face to face, is perhaps, the greatest encouragement there is.

While is true for all Christians, it is especially true for members of a local church who have covenanted to not forsaking the assembly.  Our members have covenanted to make every efffort to "work and pray for the unity of the Spirit in the bond of peace."  I do not fault those who have wisely had to chose personal safety over gathering for a time.  I believe those in this category truly long to be with the church face to face, and would endure just about any restriction to do so.  But I am saddened by brother and sisters, in our church and others, who seem to have chosen ipseity (look it up) over unity.

Without question, unity does not mean we have to be uniform in our convictions (see Romans 14).  It does mean, however, that we humble ourselves and embrace our shared identity despite those differences.  This requires more than saying you are unified, more than declaring that you "love the elders" or "love the church." Like Christ, genuine love and unity requires action and shared experience.  For now, it means gatheirng together, submitting together, enduring together, suffering together, so that we might worship together.  This kind of genuine unity, beyond sentiment, is where the Lord has commanded a blessing: