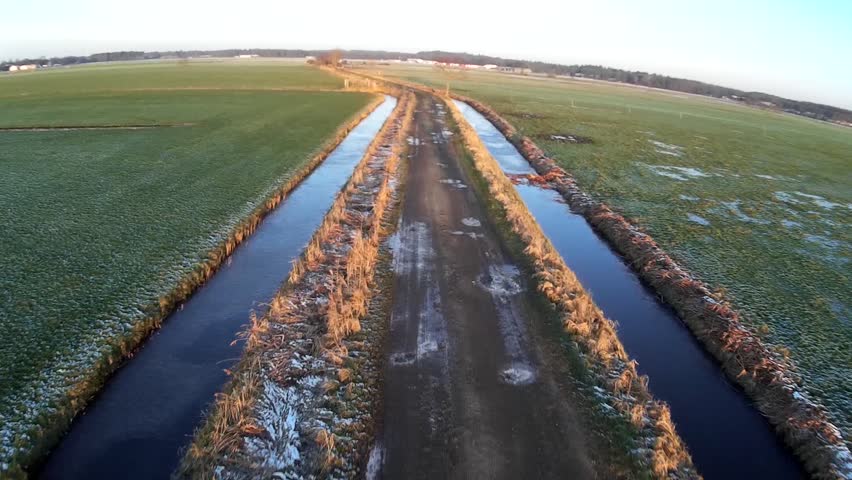 There are always two ditches on the sides of every road. These ditches usually represent extremes we want to avoid but, on occasion, find ourselves stuck in.  There are all kinds of roads with their different ditches: religion and irreligion, self-indulgence and self-righteousness, or even "blow-anger" and "no-anger", etc.  Our hope is to navigate the tension of the middle, whether it is walking the line of the gospel, self-denial, or "slow- anger" just as Jesus did.

Another set of ditches we tend to fall into are the ditches of worldliness and "otherworldiness."  One might sound better than the other but they both present their own dangers.  Most have some idea what it means to become "worldly", or to avoid "worldliness."  The apostle John's strong warning is hard to ignore:

Because we all probably have some sense of what it means to become a "wordly" person (though there is probably a lot of debate to be had), I won't spend anymore time there.  In reading Deitrich Bonhoeffer, I was struck by his description of the other ditch that we, the church, can easily fall into.  It is a deceptive ditch, meaning, "otherworldliness" feels more acceptable than "worldliness" and its dangers are, therefore, often dismissed. Here is what he writes in A Testament of Freedom:

We are otherworldly--ever since we hit upon the devious trick of being religious, yes even "Christian," at the expense of the earth. Otherworldliness affords a splendid environment in which to live.  Whenever life begins to become oppressive and troublesome we just leap into the air with a bold kick and soar relieved and unencumbered into so-called eternal fields. We leap over the present. We distain the earth; we are better than it.  After all, besides the temporal defeats we still have our eternal victories, and they are so easily achieved.  Otherworldliness also makes it easy to preach and speak words of comfort.  An otherworldly church an be certain that it will in no time win over all the weaklings, all who are only too glad to be decieved and deluded, all utopianists, all disloyal children of the earth. When an explosion seems imminent, who would not be so human as to quickly mount the charior that comes down from the skies with the promise to taking us to a better world beyond..."

We are weak; we cannot bear having the earth so near, the earth that bears us.  We cannot stand it, becausese the earth is stronger than we and because we want to be better than the evil earth.  So we extricate ourselves from it; we refuse to take is seriously...However, Christ does not will or intend this weakness, instead, he makes us strong. He does not lead us in a religious flight from the world to other worlds beyond; rather he gives us back to the earth as its loyal children.

Bonhoeffer gives us some interesting food for thought as we navigate our current chaos which seems to present a new problem everyday.  It is tempting to escape the chaos and "leap over the present."  Even though we don't want to find ourselves in a ditch of wordliness, overwhelmed by the troubles of the earth. At the same time, we must restrain ourselves from reacting too strongly so as to not find ourselves in a ditch on the other side of the road, dismissive, disengaged, and just as distance from where Christ is found.