of faith. We were not ready as much as willing to respond to the call of Jesus to plant a gospel-centered church in Marysville, WA. No one knew exactly what we were supposed to do, so in faith, we followed Jesus, listened to Jesus, talked to Jesus, and waited for Jesus to gather His people. Using a small handful of seeds, and some broken tools, He planted what has become Damascus Road Church in Marysville (Rebranded as Mercy Fellowship).

After joining the Acts 29 Church Planting Network, we began to worship in the living room of a house. Within weeks we graduated to a three-car garage, lined with black plastic and filled with lawn chairs. As more families joined our mission, we bought a trailer and set up in the cafeteria of an elementary school in Marysville. We launched public services on November 5, 2006.

Over the years, as we have matured in Christ, many things have changed—our size, our programs, our buildings, our logos. But the one thing that has remained the same is our conviction that everything is from, by, and for Jesus. The gospel of Jesus Christ is the motivation, the means, and the model for all we do in life, individually and together.

In September 2011, we planted our first church called Communion Church in Mt. Vernon, WA. That same year we founded a regional church network called 3Strand Churches. This covenanted cooperative provides a greater strength, accountability, and unity for our church and its mission in this region. Because we are committed to

fulfilling the Great Commission, we continue to make disciples who make disciples. It is our hope that we will plant more churches because we believe this is the most effective way for us to obey Christ’s command.

Within a few months of planting Communion, the Spirit began to stir in the hearts of the leadership. By March 2012, the elders agreed to begin planning for a future plant in Snohomish. After much prayer and fasting, the elders decided to launch a dependent church-campus instead of an independent church plant. Uncomfortable with the traditional multi-site model, we launched Damascus Road Church| Snohomish in January 2013 with a plan to move the campuses towards cooperative-autonomy in the future, as well as install a lead pastor at each campus.

area at what was once Christ the King. After establishing a solid core, the elders decided to lease a 19th century building on Avenue D and shift to morning services. As planned, this began a six month transition away from a multi-site campus toward a more traditional church model.

The campus in Snohomish officially became Restoration Road Church in the summer of 2014. The church slowly grew and changed as Jesus pruned and shaped our family.  In Fall of 2018, the church was given the opportunity purchase the buildng. God stirred in the hearts of his people and in January 2019, Restoration Road Church purchased the building and put down roots permanently. 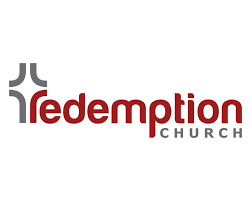 Concurrently, staff needs inspired conversation with Redemption Church about a potential merge.  In June 2019, Restoration adopted Redemption church and the two became one.

Learn about our name here...