What if our “Snohomish-Christianity” is not Biblical Christianity?” Even if you self-identify as a Christian, what if the Bible identifies you as a non-Christian? Is there a difference between ‘Christianity’ and Biblical Christianity? Jesus’ disciples grew up believing the Pharisees were children of God—leaving them a bit confused when Jesus calls them children of Satan. In chapter 13, Jesus teaches through a series of parables to help explain why there is a growing opposition between His disciples and the religious leaders. One of Jesus’ primary purposes in telling these parables is to challenge the religious leader’s understanding of how God and His kingdom work—as well as their membership in it. At the heart of everyone one of Jesus’ stories is the idea that, “God, and His kingdom, is not like you thought.”

The Kingdom of God produces something in us. These four parables reveal the true nature of this change. Jesus doesn’t simply save us in order to brand us. Responding to Jesus call to “follow me” means more than apathetic identification and an occasional good deed—that is merely Snohomish Christianity. Biblical Christianity is an entirely new life, in a new kingdom, with a new mind, a new purpose, a new joy, and a new will. That is what Christianity is…God, doing something to us, producing something in us, so that we might accomplish everything He has prepared for us. The Kingdom of God gives us four things, a new perspective, a new love, a new joy, and a new will. read more 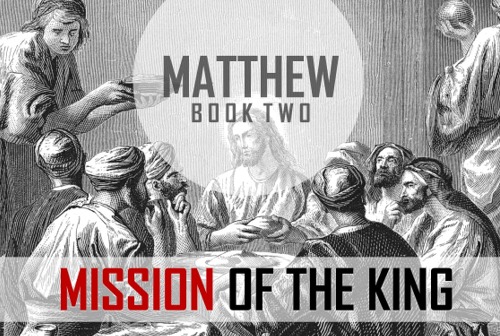 More in Matthew | The Mission of the King (Book 2)